My name is Chris and over the past month I’ve been working as an intern at the Freedom Archives. I’m excited to announce its collection of the Movement Newspaper has recently undergone a comprehensive update, allowing for greater search-ability  from issue to issue. We hope that these changes makes pinpointing the periodicals that would prove to be the most useful for your needs easier to find!

The Movement Newspaper was published by SNCC (Student Nonviolent Coordinating Committee) and helped inform people of the many different struggles against oppression happening globally. Initially, the paper served to keep West Coast SNCC members of the organization up to speed on the civil rights movement and voter registration work in the South. Over time, the themes present in the newspaper  evolved, and the scope of topics expanded to cover worker’s rights, Black liberation, political prisoners, anti-Imperialist efforts, global protest movements, government repression, state violence among a multitude of other themes. 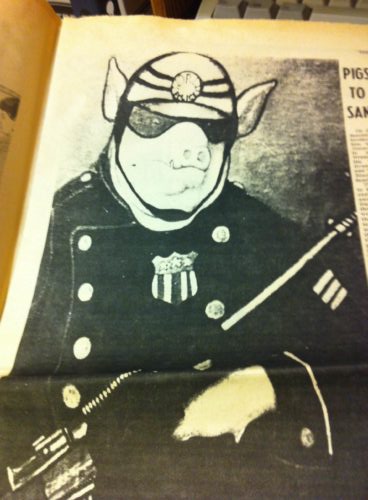 I was especially struck by the richness of the collection, the paper is an excellent firsthand source filled with articles, editorials and speeches written by pioneers of and the people within the struggle. The Movement provides not only insight into the factors and issues that people have historically fought back against, but the newspaper itself illuminates the strategies and actions taken by organizers within the movements. The theories and experiences that shaped the identity of their resistance are presented in their own words.

For those interested in a comprehensive political education spanning multiple movements and themes; I highly recommend checking it out!!